The ride to nowhere

Jordan Peele’s latest outing Nope is a well-made sci-fi thriller with a dose of social commentary, comedy and horror

I was first introduced to Jordan Peele in his directorial debut Get Out in 2017. As soon as it came out, the film was an instant favourite and considered a trendsetter in the thriller, horror and dark comedy genre not because of its cinematography, suspenseful storyline or giving newcomers like Daniel Kaluuya a big break, but for being thought-provoking and weaving trenchant social critiques into an effective film. Despite being produced by horror studio Blumhouse, the film had the vibe of an A24 release instead.

Peele went on to do his second feature Us in 2019. Unlike Get Out, Us was more experimental and kind of cryptic. The complexity and its confusing theme sparked conversations about what it was really about and gave rise to many fan theories. But worry not, Peele’s third and his latest directorial effort Nope isn’t really a head-scratcher. In fact, Peele revisits his old formula and blends sci-fi, horror and dark comedy in a well-balanced fashion. It does have a lot of scary elements, but Nope takes a turn for a Steven Spielberg-esque adventure-thriller ride.

Nope sees the director reunite with Oscar winner Kaluuya, who is joined by Keke Palmer and Steven Yeun as residents of a lonely gulch in inland California who bear witness to an unexpected and chilling discovery. Kaluuya and Palmer play brother and sister OJ and Emerald who own a ranch and train horses for stunt work. One night on their ranch, during a power outage, they begin to see shapes moving in and out of the clouds and as they investigate, they realise they may have made the discovery of a lifetime.

There’s not much more to say about the plot of the movie without spoiling it, but it’s obvious it takes inspiration from classic sci-fi and adventure films such as Close Encounters Of The Third Kind (1977), E.T. The Extra-Terrestrial (1982) or Signs (2002). However, it borrows from these movies in a respectful way. This is one of the most edge-of-your-seat movies in quite some time. The more the film unfolds, the more the question of its veracity seems to creep into our minds given what Nope ends up being about. The movie is also fairly complex in a few areas and has a lot of social commentary on the way people consume media and how different people view things. 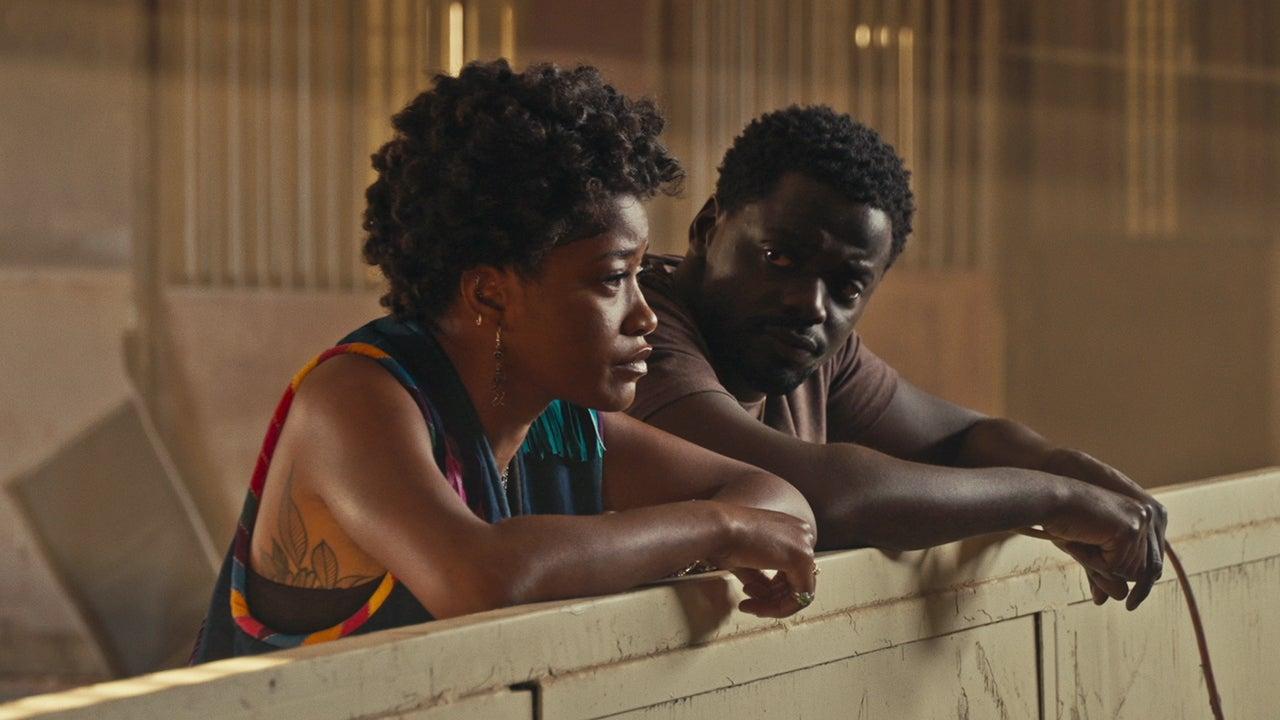 Outside the horror and the intense moments, there is some humour and both Kaluuya and Palmer are more than up to the task. From the title alone, I love how the film has a refreshing perspective, especially when it comes to humour from the view of different races. I mean, we are all used to watching horror films where white people are trying to act the hero running towards the dangerous situations, but in Nope, our main characters are more like, “Nope, you must be out of your mind if you really think I’m going there”, which is sort of a black culture inside joke.

Nope provides visuals and sound effects that will wow and frighten you at the same time. There are several continuous shots that help place us alongside the characters to witness exactly what they are. The sound design is perfect and suits the sci-fi element of the film. There are no jump scares, but instead there is the use of absolute silence. The moments when everything goes quiet build tension effectively — the same thing we experienced in films like Don’t Breathe (2016) or A Quiet Place (2018). The result is a cinematic experience that captures the splendour of the unknown.

This was an awesome viewing experience with a well-paced story. Despite the film being over two hours long, I didn’t feel the time. Just like in Get Out, Peele delivers another unique sci-fi-themed thriller with social commentary that is scary and comical at the same time. With its unique style, Nope may not end up being everybody’s cup of tea, but it’s an indicator of a filmmaker who is a master in storytelling.

Has Kate Moss gone boho? The supermodel’s stylist on how her look has transformed