On the 25th anniversary of its debut, it’s clear that Radiohead’s OK Computer is one of the decade’s most influential albums.

If you look at any ranking of the Best Albums of the 1990s, you’ll almost certainly find OK Computer in the top 10, if not first. The album has aged well, and its mystique has expanded as Radiohead has remained “A Band That Matters.”

That was not the case in 1997, though. Radiohead were still attempting to make a name for themselves as artists at the time.

The band scored a major hit with “Creep” in 1993, but had failed to follow it up with anything as popular as Pablo Honey, their first album. 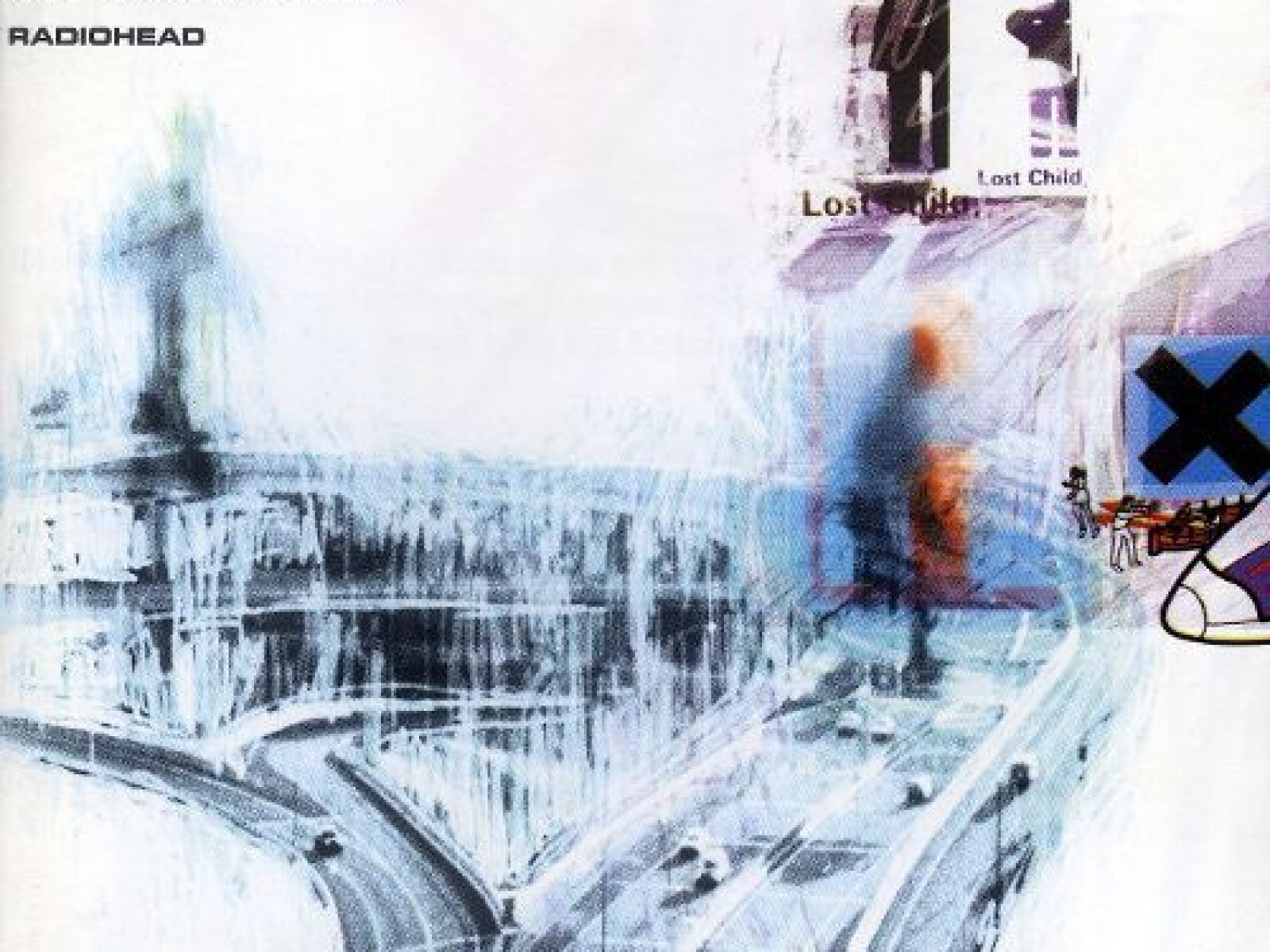 The Bends, their second album, was released in 1995 to unexpected critical acclaim. Music critics were taken aback by the fact that a band they had dismissed as a one-hit wonder had evolved as musicians and composers.

Although the adulation did not materialize into any huge hits, the videos did get some MTV rotation. The album did, however, find a following, and R.E.M. and Alanis Morissette both used Radiohead as openers on respective tours.

That was enough to maintain the band’s name in the public eye and keep their labels, EMI, Parlophone, and Capitol, on board with OK Computer’s production.

Radiohead’s first efforts at recording the album at a facility near their Oxford residences were unsatisfactory. They then moved in with producer Nigel Godrich to an empty home in the English countryside.

They then employed a number of indoor areas as recording venues, attempting to capture particular and unique sounds. According to all reports, the record label abandoned the band at this time.

The first track from the album was exclusively accessible to moviegoers and later on VHS tape. Baz Luhrmann, the director of Romeo + Juliet, approached Radiohead about composing a song for the film’s end credits.

They agreed, and “Exit Music (For a Film)” was born. The song is sad and depressing, ideal for a scenario in which both protagonists die. The majority of the song is driven by Thom Yorke’s vocals and an acoustic guitar.

The sound of choral voices flowing through a mellotron provides supporting vocals as the song progresses. Before sinking back into a peaceful ending, the song climaxes with Phil Selway’s smashing drums and Colin Greenwood’s fuzz bass.

The film has a lot of alternative rock music, but “Exit Music” is certainly one of the greatest. However, Radiohead insisted that the song not be included on the official soundtrack of the film, preferring to keep it for the final OK Computer.

OK Computer was precisely what the band intended it to be, with their creativity in full bloom and the record business adopting a hands-off attitude. However, this does not imply that it was financially successful.

The Bends had a number of excellent alternative rock songs that failed to resonate with a broad audience. OK Computer, on the other hand, proved to be a challenging album to nail down musically.

The songs had the fundamental framework of alternative rock, but they also featured distinctive, often startling aspects that made it difficult for labels to market at first. 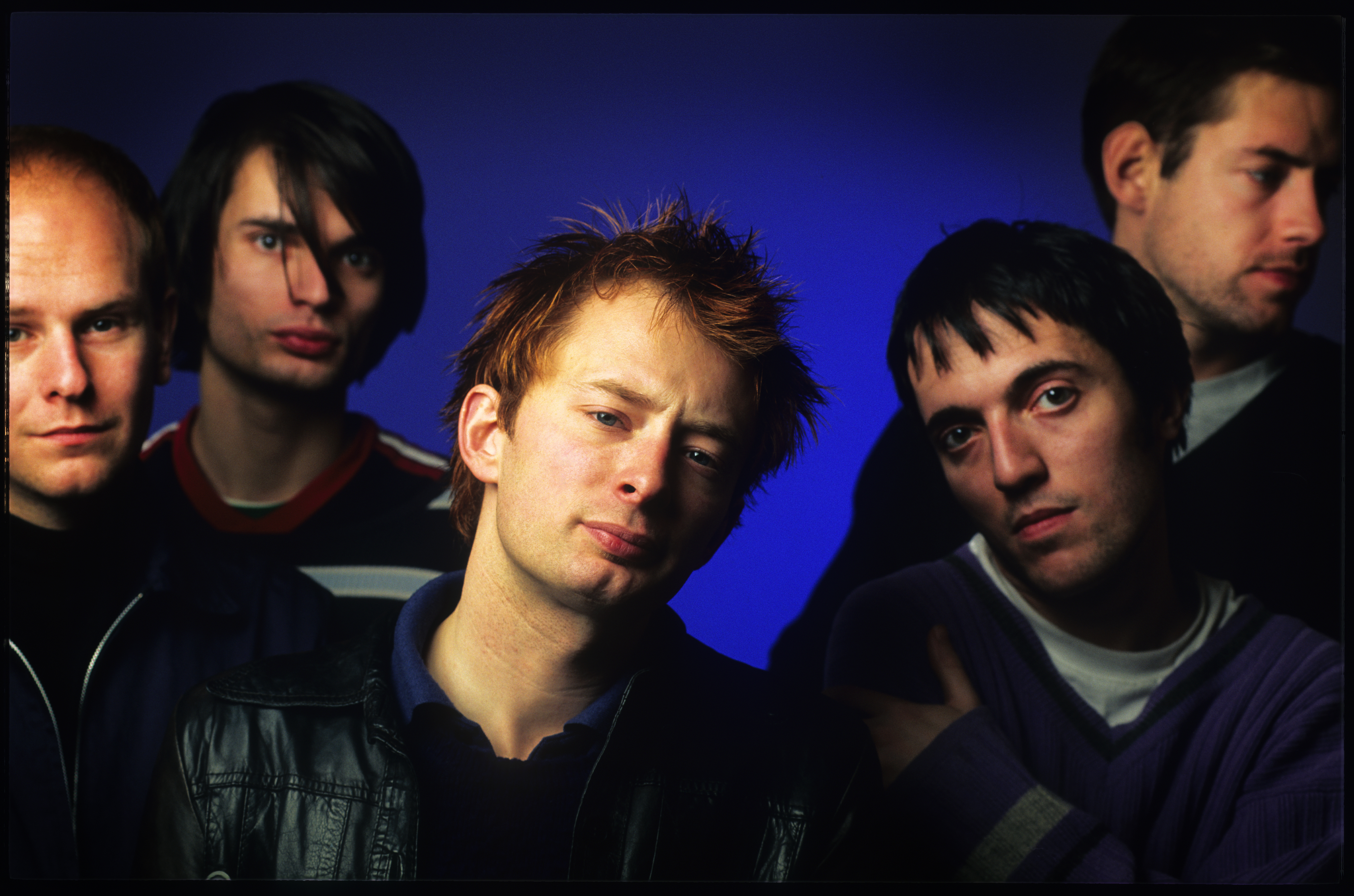 To their credit, both Parlophone in the UK and Capitol in the US honored the band’s intentions by releasing “Paranoid Android,” a six-minute progressive rock-styled track, as the album’s first single.

The track is a triumph, beginning gently but quickly gaining speed. Initially, the song is driven by a minor key acoustic guitar line and soothing percussion, with watery electric guitar tones floating over the top.

Even though Yorke’s words are cryptic confessions of solitude and rage, his soaring vocals produce a great melody. At the two-minute mark, the song’s atmosphere alters, becoming darker and beginning to generate tension.

At the outskirts, distorted noises begin to sneak in. At 2:45, Radiohead switches to hard rock, and Jonny Greenwood shines with an out-of-control guitar solo. The band then goes into a slow period with choral backup vocals.

Yorke is in full voice here, moaning words like “Rain down / Rain down” and others. To close the song, the band returns to the loud rock part, suddenly finishing it with a last wave of guitar noise.

“Paranoid Android” had some radio exposure in North America at first, largely as a curiosity, as in, “Here’s the new Radiohead song; watch out how wacky this is!”

The song’s animated video, which included characters from the TV show Robin, had a lot of attention on MTV. MTV loved all three OK Computer videos, and that exposure undoubtedly aided the album’s sales, especially in the United States.

The second video, “Karma Police,” portrayed a vehicle pursuing a panicked guy along a dark road. The camera sometimes moves from the front windshield to the backseat.

“This is what you’ll get / When you mess with us,” a bored-looking Yorke disinterestedly lip-syncs the song’s chorus.

The chase ends with the pursuing guy lighting a trail of gasoline, which finally engulfs the automobile. Yorke has vanished from the flaming truck, according to a last camera rotation.

“Karma Police” is a piano-driven ballad, although a very fine one, and is one of the more traditional tracks on the album.

Jonathan Glazer directed this beautiful video, which is quite memorable. It’s easy to understand why MTV placed it on high rotation after seeing it again.

Radiohead were fatigued after months of travelling when they finally got down to recording the video for “No Surprises.”

Radiohead got to the stage where they could choose their own timetable with OK Computer, but they were still on the clock throughout the most of this album cycle. In 1997, they toured most of the developed world, and filmmaker Grant Gee’s documentary about the band, Meeting People Is Easy, caught much of this generally unpleasant experience. 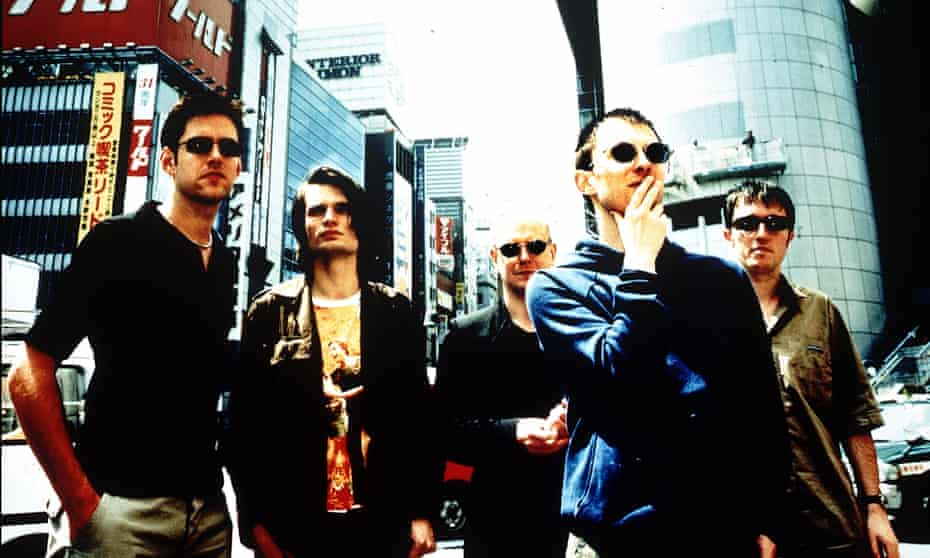 Gee also directed “No Surprises,” which consumes a substantial portion of his film.

Yorke wore a helmet that filled with water throughout the instrumental parts of the song and then drained just in time for him to lip-sync the words. That turned out to be torturous for Yorke, who struggled to hold his breath in the high-pressure setting.

OK Computer’s gentlest song is “No Surprises,” which has a quiet and lovely melodic line performed on chiming guitar and glockenspiel.

Throughout the song’s swells and melodic expansion, the tone remains consistently positive. Yorke’s lyrics, on the other hand, are absolutely depressed.

He sings of his bad employment, his hatred for the government, and his desire to commit himself by carbon monoxide poisoning.

The chorus of the song, “No alarms and no surprises, please,” is the character’s request that his work not be disturbed. The video’s creation was challenging, but the ultimate product is fantastic.

Yorke’s strain is generally hidden on his face, but seeing him underwater in the middle of the video is like witnessing a high-wire performance.

Even though we know he won’t drown and the movie was sped up throughout this part of the song, it still looks like an open question at the time.

The “No Surprises” video helped maintain OK Computer in the public mind far into 1998, even though it didn’t have the same effect on MTV as “Karma Police.”

Depending on where you lived, the record was more or less well-known. It was the eighth-best-selling album in the United Kingdom in 1997, with all three main singles charting in the Top 10.

“Karma Police” was the most popular radio single in the United States, however it only reached #14 on the Modern Rock Chart. In terms of the album, it debuted at #187 on the US Billboard charts in 1997 and rose to #142 in 1998.

Beyond the hits, those who bought the CD received their money’s worth. The album kicks out with the gigantic “Airbag,” which has an immense guitar riff doubled on a cello.

From soaring vocals to chiming guitars to repeated recordings of Phil Selway’s drumming to Colin Greenwood’s unusual start and stop bassline, the song has a lot going on.

With guitars and keyboards that alternate between spacey and watery, “Subterranean Homesick Alien” turns emotions of loneliness into a dream of being kidnapped by aliens.

“Let Down” thinks that hammering drumming and a soaring chorus can make even the most depressing Yorke lyrics appear victorious. In certain circles, “Electioneering” was lauded as the song that most closely resembled anything from The Bends. 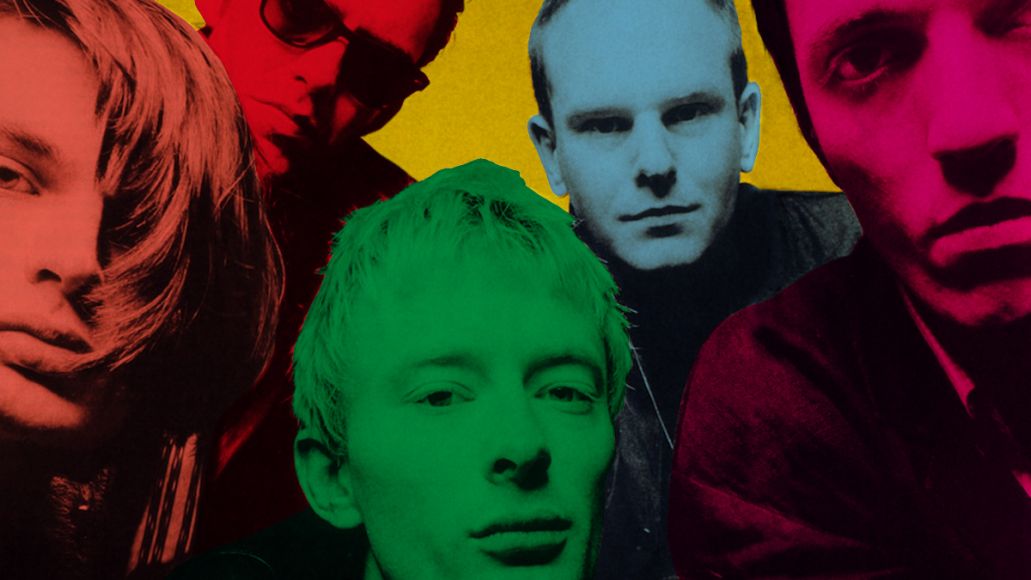 With its relentless cowbell and jagged guitars overpowering the melody, it doesn’t seem like that in 2022.

“Climbing Up the Walls” is full of buzzing low sounds and unnerving high-end noises, and Selway’s bold decision to play his snare drum without the snares switched off contributes to the song’s unpleasant atmosphere.

After the disarming “No Surprises,” “Lucky” and “The Tourist” have always seemed like a mushy finale to the album. However, on second listen, both songs have their strong spots. The soaring guitar riff in “Lucky’s” chorus is fantastic, and the guitar-driven coda at the conclusion is even better.

“The Tourist” finishes the album on a surprisingly peaceful tone after a whole album of strange noises and twists and turns. However, “relaxed” is a subjective phrase.

The song still has a lengthy, loud electric guitar solo, warbling mellotron, and a single, clear triangle strike at the conclusion.

In retrospect, it’s remarkable that the album fared as well as it did. Alternative rock was discovered on the descending slope of its course in the summer of 1997.

Meanwhile, the Backstreet Boys became a hit in Europe and kicked off the boy band renaissance in the United States.

The format was dying off by the summer of 1998, when Radiohead was finally wrapping up their global tour.

Harvey Danger, Barenaked Ladies, Fuel, and Eve6 were among the alternative bands that had breakthrough singles that summer. Backstreet Boys had been joined at the top of the charts by NSync at this time, marking a shift in mainstream music.

On the rock front, KoRn and Kid Rock released their breakthrough albums, Follow the Leader and Devil Without a Cause, on the same day, formally launching nu-ascension metal’s as a subgenre.

Radiohead may have been able to continue because OK Computer stood out among the alternative music of the time. It had the same bleak mood and mopeiness as the grunge music that started the genre, but sonically it was moving away from the style’s markers.

Radiohead has spent the majority of the twenty-first century alternating between electronic and rock-based sounds, altering the balance according to their own whims while consistently producing engaging music.