Jimmy Kimmel was just as baffled as you probably were by the bizarre interview Donald Trump gave to Sean Hannity on Wednesday night. In addition to the numerous falsehoods Trump rattled off during the softball chat about the raid last month on Mar-a-Lago, Kimmel was particularly weirded out by Trump’s claim that U.S. presidents can declassify government documents “even by thinking about it.”

Before we get into Kimmel’s comments, go here and get caught up if you need some additional context about that interview. It’s weird (and extremely false) stuff, guys.

So, Kimmel kicked off his monologue on Thursday talking about all that. After showing a clip of the moment in question, he said, incredulously, “even by thinking about it. Using the power of his mind, he can declassify documents. What he does is, he puts a candle in an Egg McMuffin, makes a wish, blows it out, and the documents become declassified.” 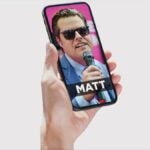 Kimmel also mocked Hannity for having nothing to say. “His approach is basically, ‘show me on the doll where the FBI investigated you,” Kimmel joked. But then he got back into it with Trump. Mocking the arguments Trump made, Kimmel called him “like Harry Hou-Dummy.”

“If Trump actually had the power to change things just by thinking about them, Don Jr. would have turned into a Big Mac 30 years ago,” Kimmel added.

You can watch the whole monologue above. There’s plenty more to chuckle at.

[ad_1] Liang Yang, the fight co-ordinator on Doctor Strange in the Multiverse of Madness, has…

The Sheehan Show: ONE on Prime Video 2 Recap