After snapping photographs inside the Vatican while shooting in Italy, Jason Momoa has apologized.

The actor has been in Rome filming the next Fast & Furious 10 film, which will be released next year.

Momoa visited the Sistine Chapel in Vatican City this week, and despite the fact that taking pictures is not permitted, he afterwards published many images of himself and others posing in the chapel on Instagram.

Some followers remarked on the picture, pointing out how celebrities and the ordinary people have different norms. In a video posted with JustJared, the Aquaman actor apologized, saying it wasn’t his “intention” to “disrespect” anyone’s culture.

Momoa claimed that he had made a “great contribution” so that he could have a “private time” in the Sistine Chapel with his pals and some Fast & Furious cast members.

He went on to explain that he “discovered people eager to snap photographs with me” while he was there, which he characterized as “strange.”

“I was on a vacation to the Vatican with all this awe, and they wanted to take photographs with me, which I didn’t understand, but I did,” the 42-year-old added. 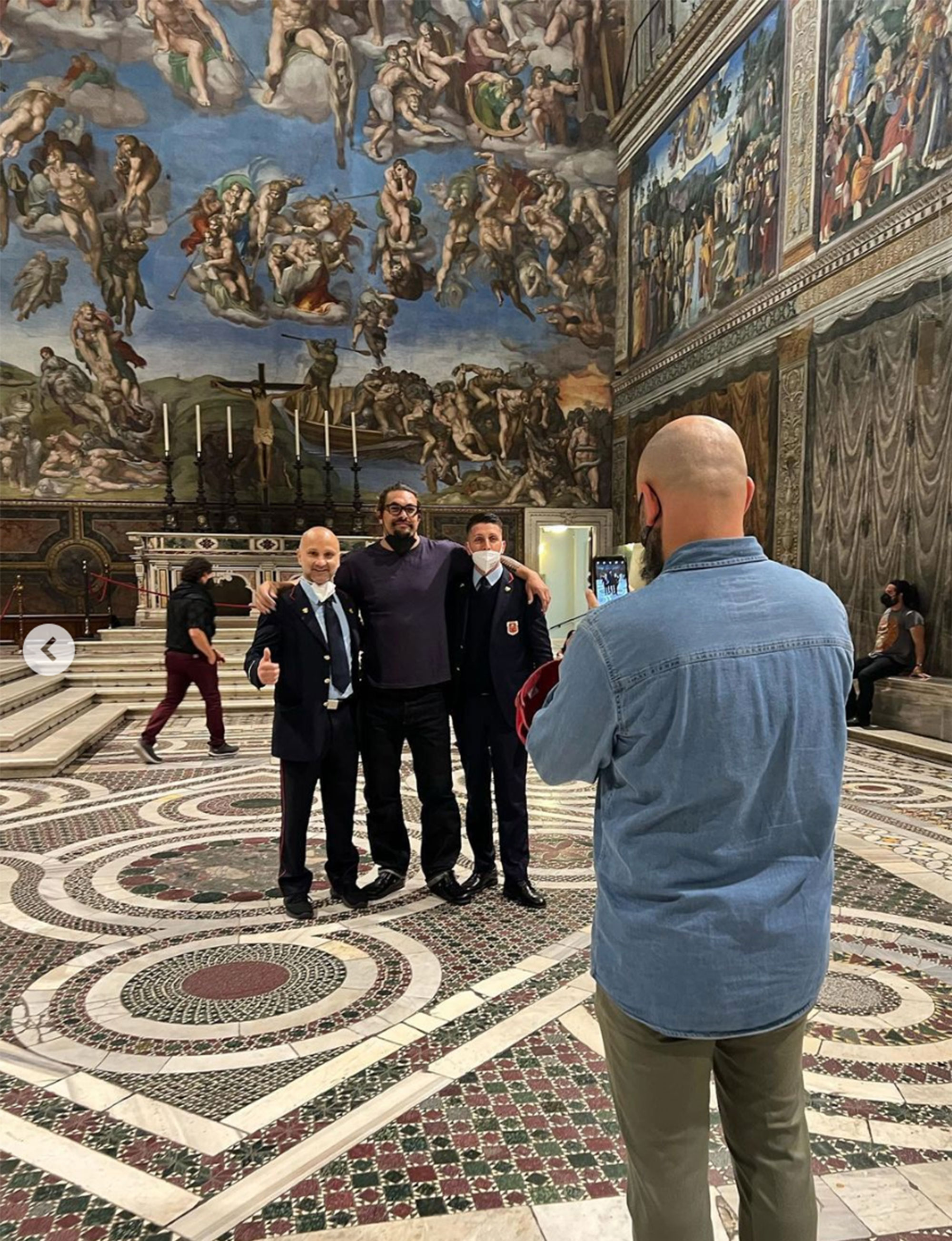 “I would never want to do anything to offend someone’s culture,” he said, insisting that he was “extremely courteous” and “asked for permission.

“Momoa recently shared little information about his role in the sequel, revealing that he will play a “evil guy” to fans.

WATCH: Jason Momoa expresses regret for photographing at the Vatican