The Afghan refugee documentary Flee, Pixar’s coming-of-age narrative Luca, futuristic family comedy The Mitchells vs. the Machines, and Disney’s fantasy adventure Raya and the Last Dragon were among the films Encanto vanquished.

Encanto, a colourful celebration of Colombian culture and the significance of family, won Disney another Oscar for best animated feature on Sunday, thanks to a dash of magical realism and catchy melodies by Lin-Manuel Miranda.

Encanto is a victory of on-screen depiction – Disney is famed for its ideal princesses with long hair and ball gowns, but Mirabel has unruly curls, wears spectacles and traditional clothing, and lacks a superpower. 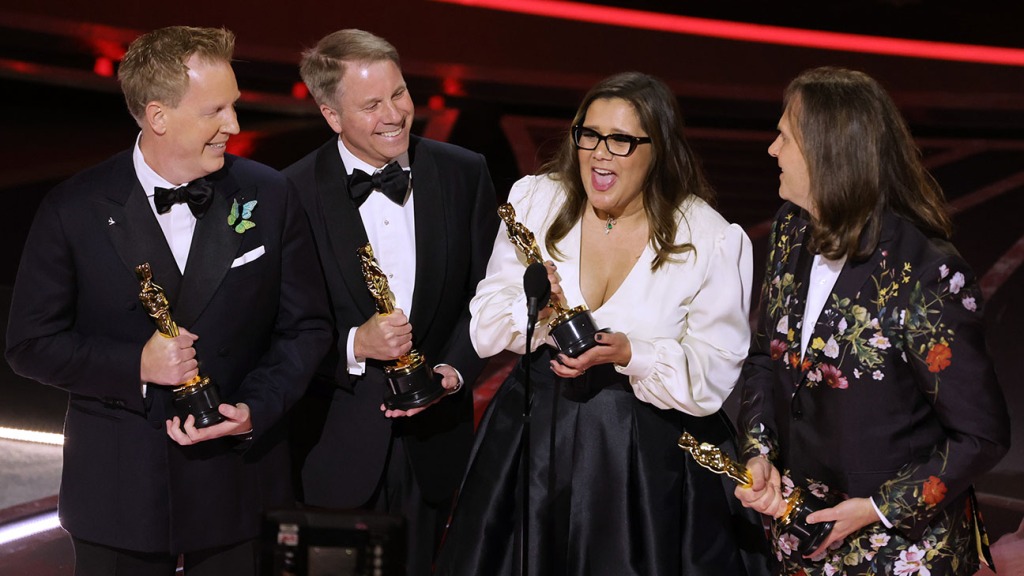 The Mitchells vs. the Machines, and Disney’s fantasy adventure Raya and the Last Dragon were lost to the film.

“I’m really thrilled to be a part of a picture that puts beautiful, varied individuals at the forefront, and that people worldwide are seeing themselves in the film,” producer Yvett Merino told the Dolby Theatre crowd.

Mirabel is an ordinary adolescent born into the enchanted Madrigal clan, who lives in a secluded paradise of lush gardens and towering mountains.

Except for Mirabel, every member of the family has a unique ability.

The Madrigals utilize their skills to aid their fellow villagers with whatever they need, to the beat of Colombian traditional music forms like vallenato and bambuco, and with coffee and arepas on the stove.

However, the enchantment, which is provided by a mystical candle, begins to dissipate, forcing the family to band together in order to rescue their house and town. The beautiful song tells the narrative of Abuela Alma, the family matriarch, and how she received the magical light after her husband Pedro was slain by invaders who pushed the family from their property.

The scenario evokes Colombia’s decades-long struggle between the government and armed rebels, grounding the picture in the country’s turbulent past.

Mirabel, Alma’s granddaughter, believes she has let the family down and that it is her responsibility that the family’s magic is waning. Alma doesn’t exactly stop the adolescent from thinking this way.

The re-emergence of the family’s black sheep, Bruno (John Leguizamo), who fled into self-exile following a horrific vision of the future involving Mirabel, is another crucial part of the plot.

One of the film’s co-directors, Jared Bush, told Variety, “We felt he was someone people would gravitate towards.” “John was incredible: witty, loving, and strange – all in a little amount of screen time!”

The explosive success of Miranda’s song “We Don’t Talk About Bruno,” a catchy combination of hip-hop and Cuban rhythms that topped the Billboard Hot 100 list for weeks, will be one of the film’s enduring legacies.

“Every family has a member who is an outsider or feels like an outcast. I believe that is one of the reasons the character has become so popular.

NEWS: Encanto leads Disney and Pixar to another Best Animated Feature triumph at the Oscars in 2022

Many individuals have the impression that they are the black sheep, “Variety spoke with Charise Castro Smith, the film’s co-director.

In the end, the novel is a testament to inclusion, and how every member of a family, with or without particular abilities, can contribute.

Encanto is a victory of on-screen depiction – Disney is famed for its ideal princesses with long hair and ball gowns, but Mirabel has unruly curls, wears spectacles and traditional clothing, and lacks a superpower.

The film has only Hispanic actors and begins with the phrase “Abre los ojos,” which means “Open your eyes.”

The traditional clothes worn by the characters is meticulously detailed in the amazing animation.

The cast and crew of the film were “overjoyed that so many people are seeing themselves in this picture,” according to Bush.