Pete Doherty to release documentary about depths of his addiction

By Jacqueline Lindenberg For Dailymail.Com

Christina Hendricks was spotted grabbing dinner with her adorable dog in London on Saturday night at Twenty Two restaurant.

The talented Mad Men alum, 47, opted for stylish comfort and donned a classic floral dress for the evening out in the city.

The award-winning star has been hard at work on filming her new Apple TV+ series in Scotland, following the cancellation of her NBC series, Good Girls, last summer in June.

Beautiful: Christina Hendricks, 47, looked stunning in a floral dress for a night out with friends and her dog in London Saturday night

The beauty was seen stepping out of the luxe eatery in the city with a few close friends and her cute dog by her side.

She wore a floral dress with various hues of color, such as blue, yellow, and green. The long-sleeved dress fell down past her knees towards her ankles.

Christina slipped into a pair of low-heeled, strappy sandals to complete her classy look. 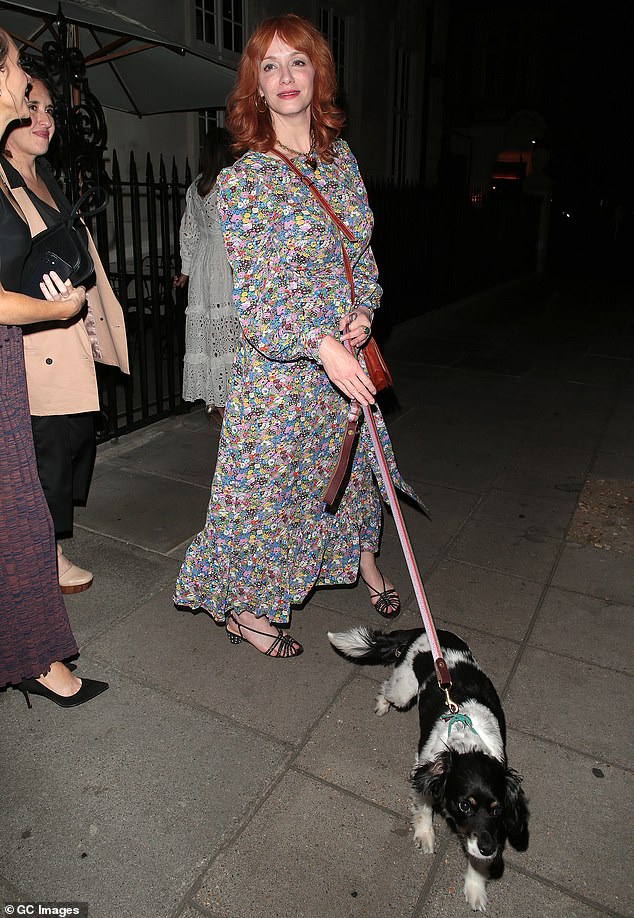 Companion: The talented actress was spotted leaving a restaurant with her adorable dog by her side 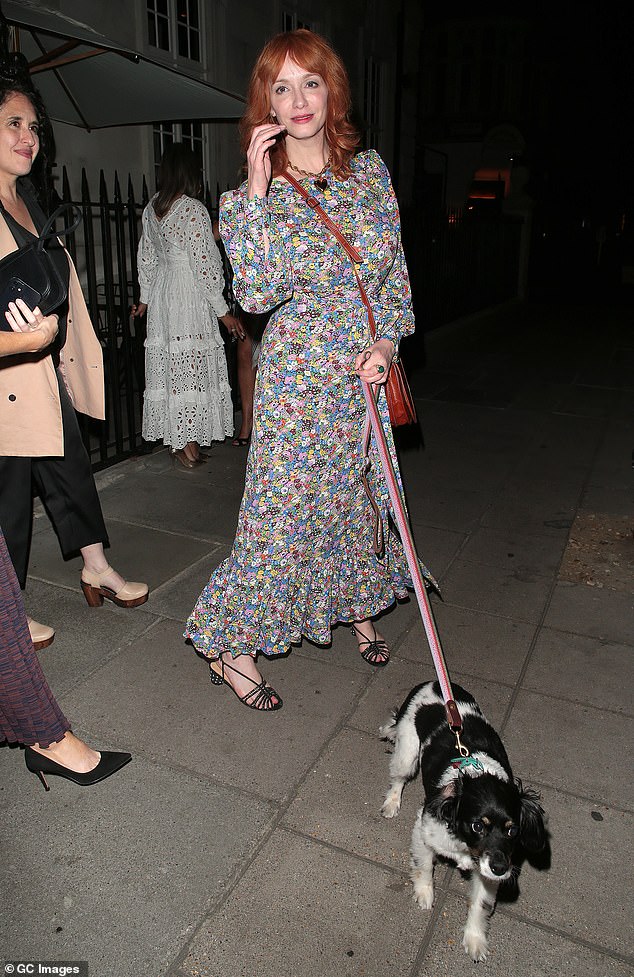 Happy: The award-winning star was all smiles as she was surrounded by a few friends for the night out in the city

The Good Girls actress slung a brown-colored, crossbody purse on her shoulder to be able to hold her dog’s leash.

The star’s hair was parted in the middle, with her styled curtain bangs falling onto the side of her forehead.

To accessorize her fashionable ensemble, Christina added a large gold-chained necklace with a heart-shaped pendant. She also wore a pair of gold-hooped earrings for a finishing touch.

Her makeup was elegant and simple, with the actress opting for light eye makeup and a reddish tint to her lips. 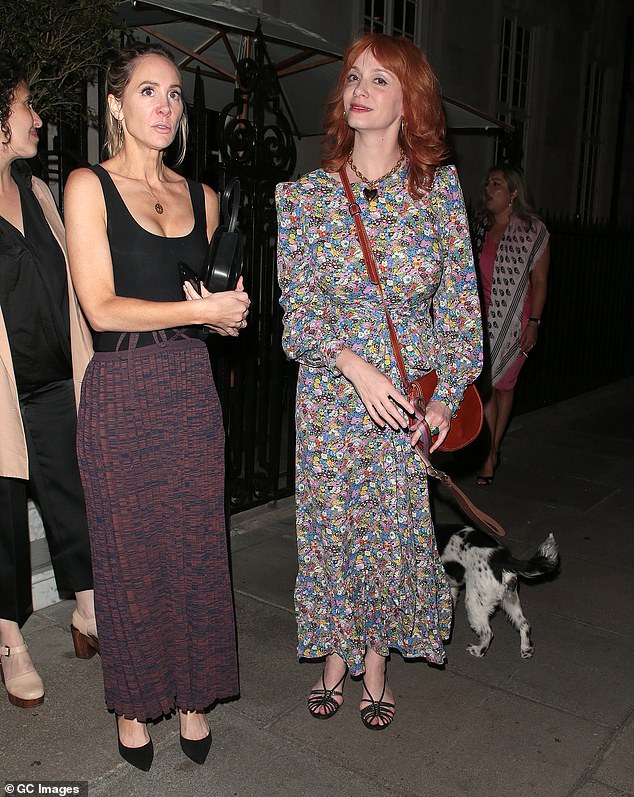 Relaxing evening: Christina appeared to be in high spirits as she enjoyed a break from filming her latest series, The Buccaneers 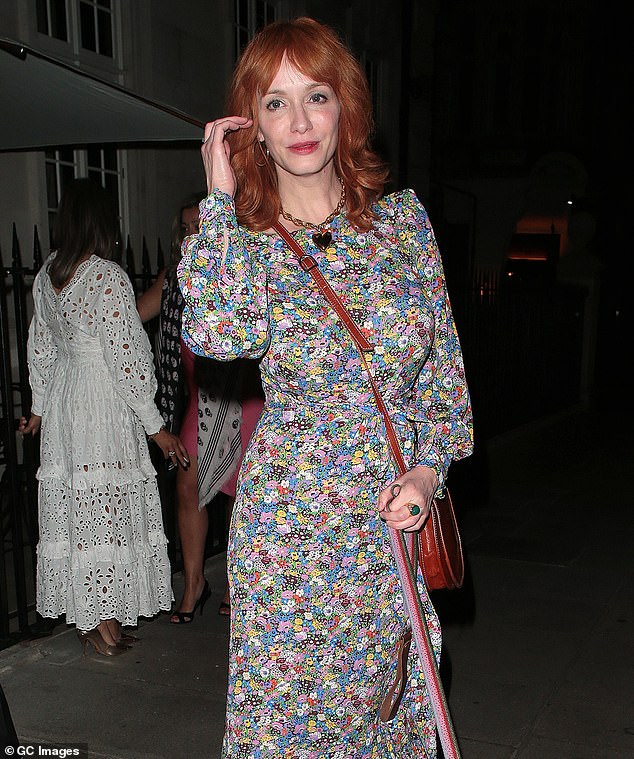 Lovely: The Drive actress looked effortlessly stylish as she was spotted in London on Saturday night

Christina has been working through a busy schedule after recently being cast in the upcoming Apple TV+ period piece titled, The Buccaneers.

The series is based off the book written by Edith Wharton, who has penned other successful novels such as The Age Of Innocence, which was adapted onto the big screen in 1993.

According to Variety, the talented star will portray the character of Mrs. St. George, a mother of two daughters and buccaneers, Nan and Jinny.

Other cast members in the show set in the 1870s include Kristine Froseth, Imogen Waterhouse, and Alisha Boe. The Buccaneers is being filmed in Scotland, the publication reported. 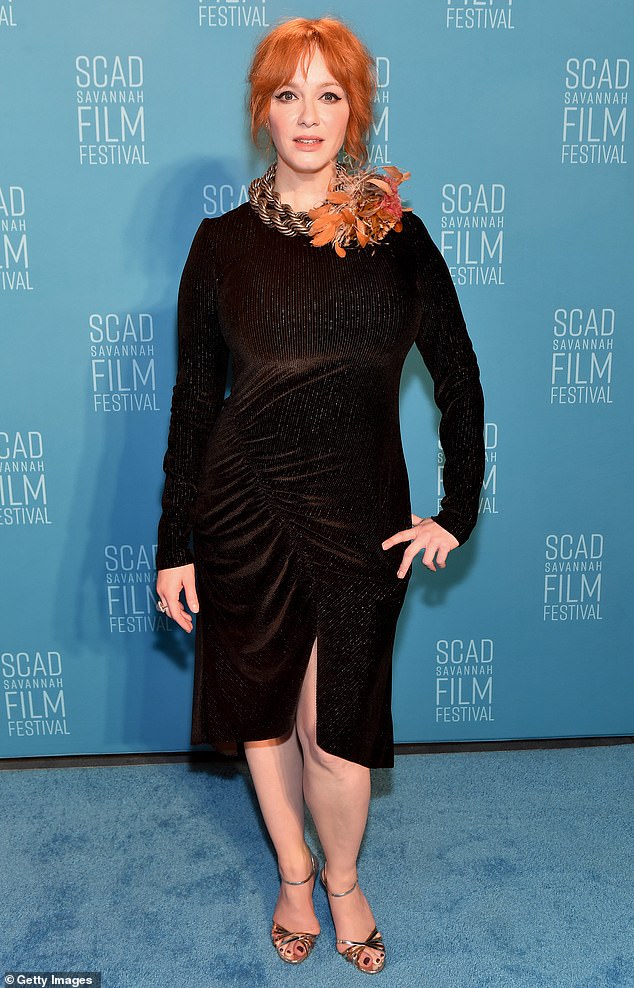 Talented star: The beauty is known for starring in the hit AMC series, Mad Men, garnering the actress both nominations and awards; pictured in 2021

The gorgeous star recently starred in the NBC series, Good Girls, which follows a group of friends and suburban mothers who rob a local grocery store.

The show aired from 2018 to 2021, with the series being cancelled after its fourth season aired on the network.

Christina was saddened by the sudden end to Good Girls, and told People that NBC failed at, ‘representing the kind of show that it was.’ 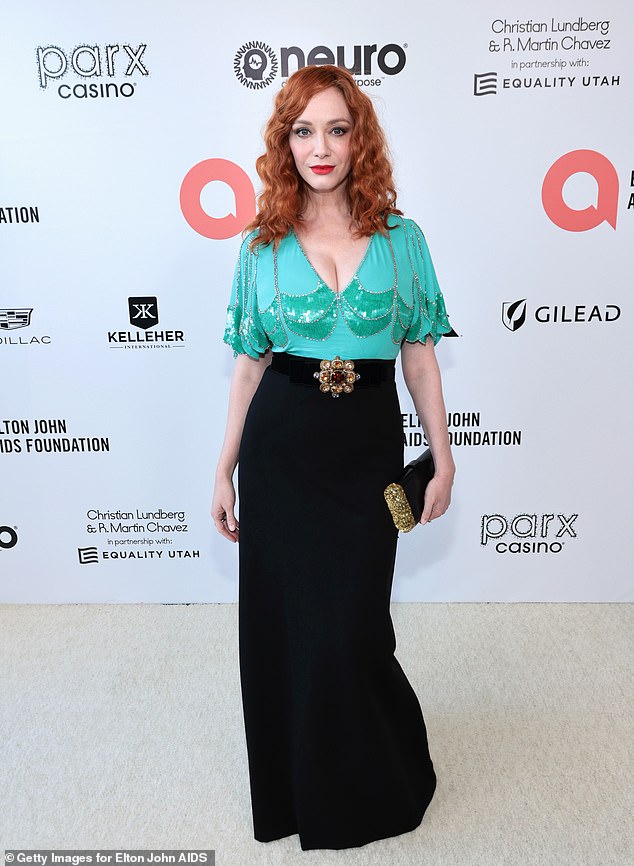 New role: Christina will jump to the past to portray the character of Mrs. St. George in a new Apple TV+ series period piece; pictured earlier this year in March

Pete Doherty to release documentary about depths of his addiction

While the summer movie season is officially over, there’s still plenty of cinematic content to…

2022 BET Hip-Hop Awards: Nominations, When and How to Watch