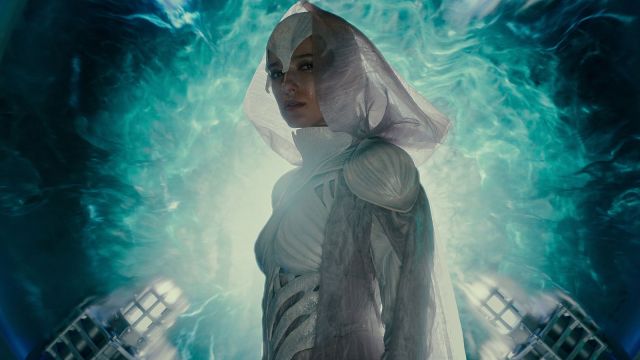 Sometimes a concept sounds so strange and off the wall you’re convinced it’s a fake movie shown before Tropic Thunder or a movie the gang would watch in an episode of Seinfeld. Other times it’s actually one of Netflix’s biggest releases.

Warrior Nun has fought through the masses like few have before in its opening week to end up dominating Netflix’s charts, as Alba Baptista looks to become synonymous with her bizarre comic book character. The second season has just premiered on the streaming service, and it’s doing the business for Netflix.

Baptista, recently confirmed to be in a relationship with Marvel star Chris Evans, plays the titular Warrior Nun. Based off an irreverent and knowingly silly comic series by American manga artist Ben Dunn, the second season is currently at number six with over 26 million hours viewed in its debut week.

The series follows an elite order of, well, warrior nuns, who protect the best interests of the Catholic Church across the globe. Staying true to the comic book’s ridiculous manga style action and over-the-top premise, it’s proven to have struck a chord with audiences on streaming.

Baptista really looks to be making it big to American audiences, even if Evans’ fans are very much not happy with the idea of him dating someone. Because internet fandoms are cool, normal, and not slightly cult-like. Whether or not Baptista’s relationship going public impacted the series viewership isn’t clear, but can’t have hindered it.

Lionel Messi’s boots for the World Cup have been revealed, and they’re unreal

The Veronicas ‘split’ revealed as a major TROLL job

The Bobby Lees on how no-holds-barred songwriting and a musical molotov cocktail helped them create primal new album, Bellevue